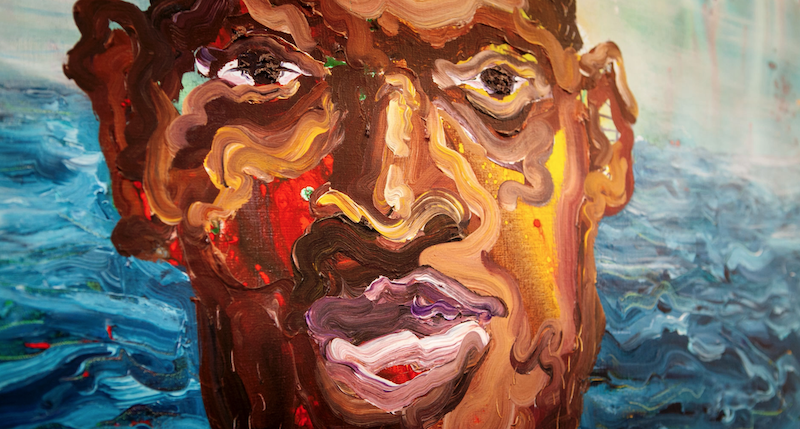 Ludovic Nkoth, 2020 "Passenger #1" explores the themes of migration, presenting one of the many refugees seeking hope outside of their country.“My idea was to travel to Europe and create these works on European land to show them everything they are refusing to face in their 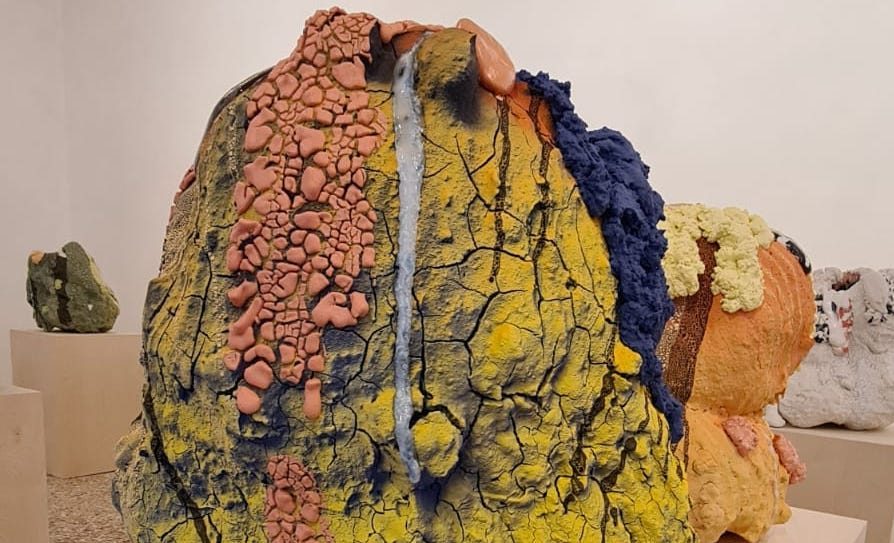 Fiery Dawn, 2020 “Fiery Dawn is an extension of the series "Craters" which are inspired by travels to South / Central America and East Africa, most notably the Bolivian Amazon and the Serengeti. Titles give a glimpse into the meaning behind each work I make. In 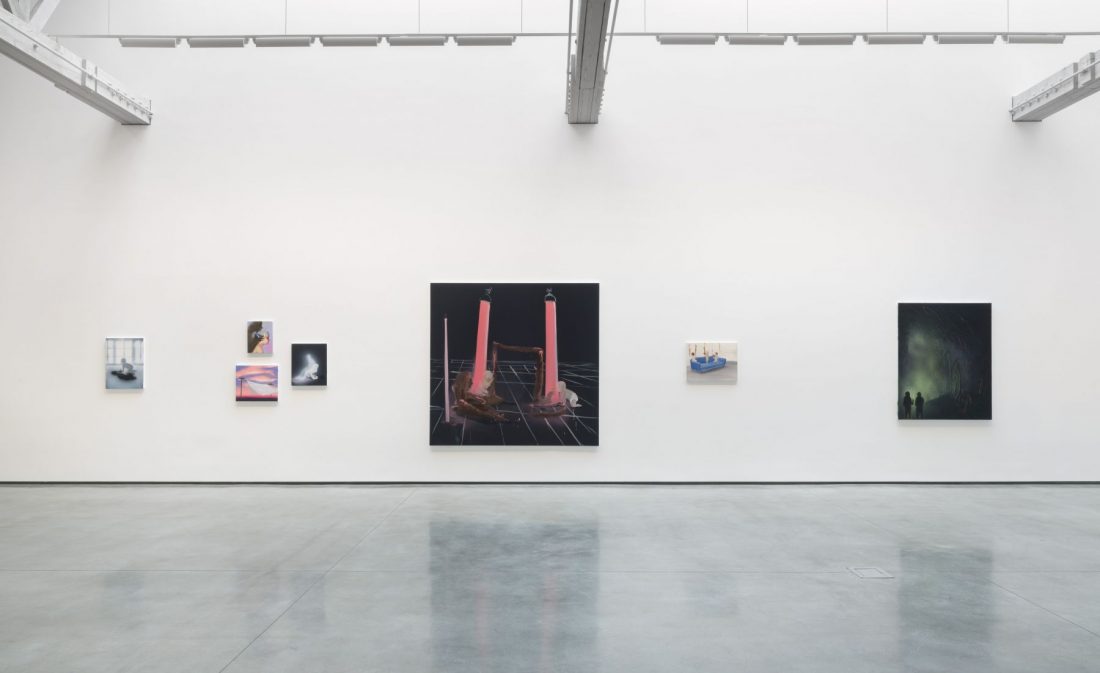 A Solo, 2019 “…I'm not a historical painter per se, but real life does absolutely come into my works via the imagination. The imagination bends ideas that I then tease through painting, so, for example, with Shit Mother I (2019), part of the 'Shit Mom' series, 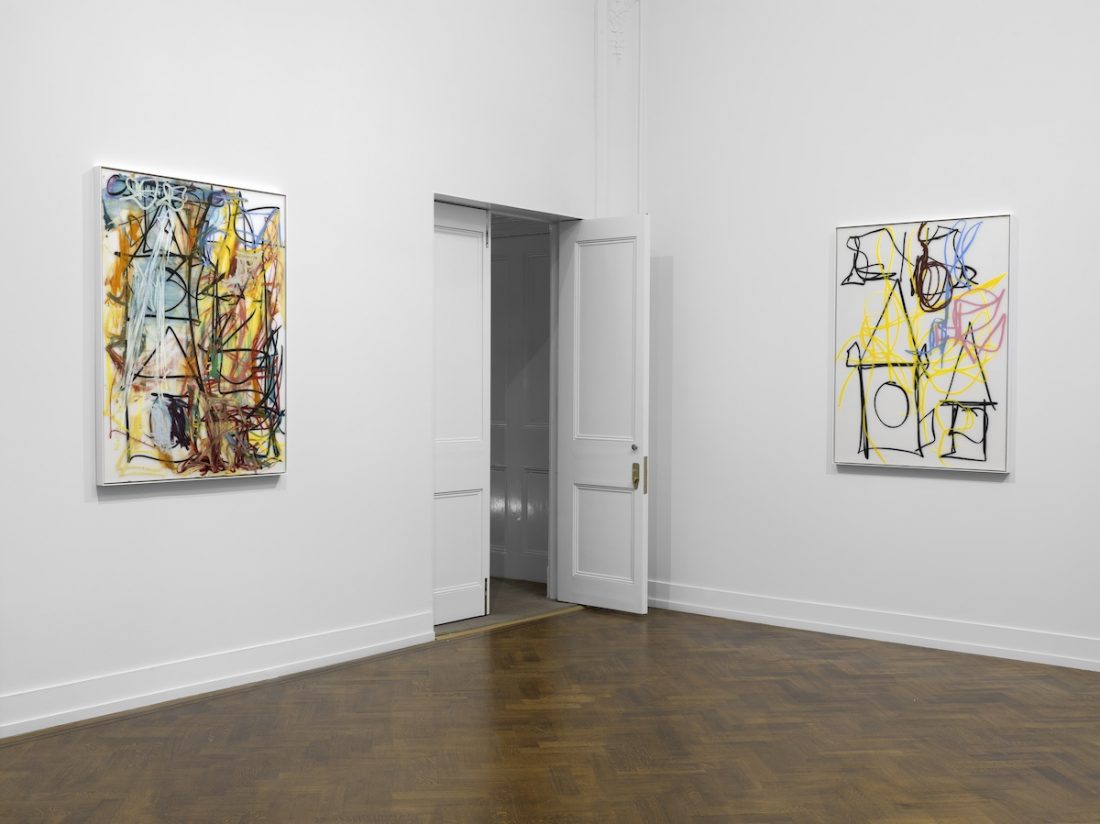 DAUGHTER HOMES 1, 2019 “…According to Garber-Maikovska, the body is not simply a tool to navigate our world with, but a centralised perceptive sphere of emotional, physical, conceptual and spiritual inquiry. In the smaller works in the series, recognisable pictorial depictions surface, with drawings resembling a 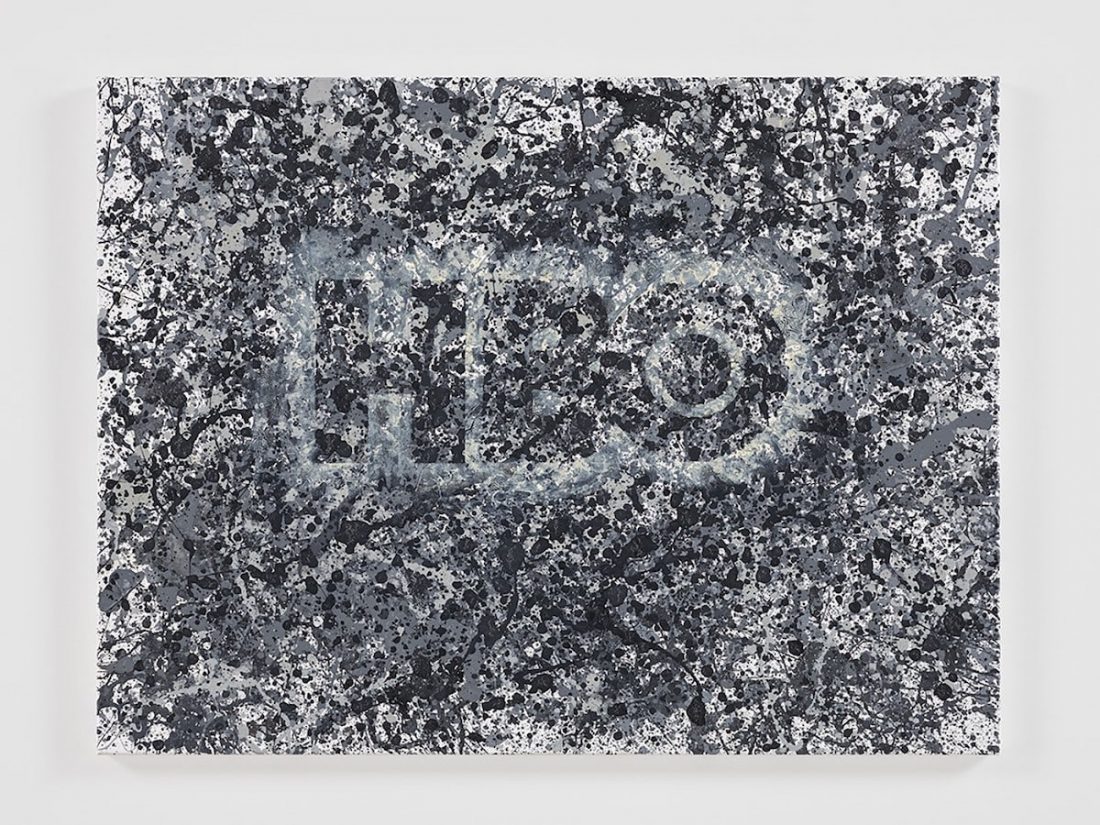 HBO, 2018 “…Basically I have convinced myself into making a Jackson Pollock splatter painting, which is really embarrassing especially when people come by. And then I put the HBO logo on the top of the canvas like the opening sequence of a television show. They 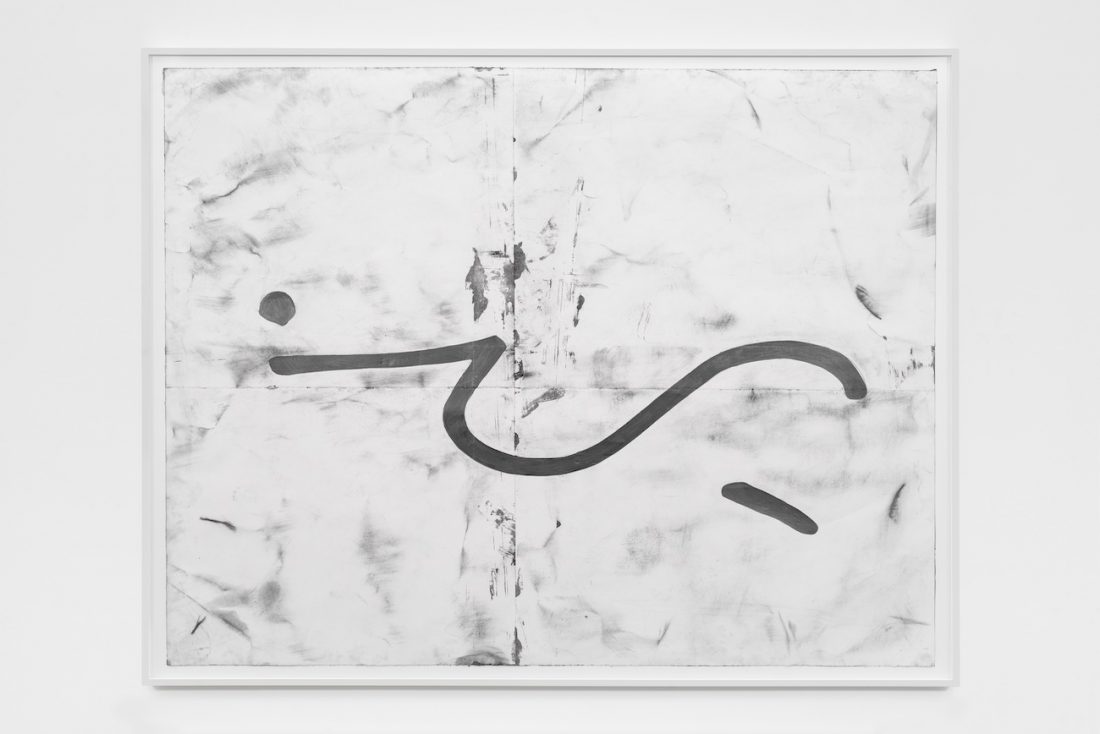 Ngrtcshing 2015 “I was making that work at a time when I had a complicated relationship to language (and its meaning) as an element of the drawings I make. These shorthand drawings are essentially text drawings like Ed Ruscha, Kay Rosen, or Joseph Kosuth or Mel 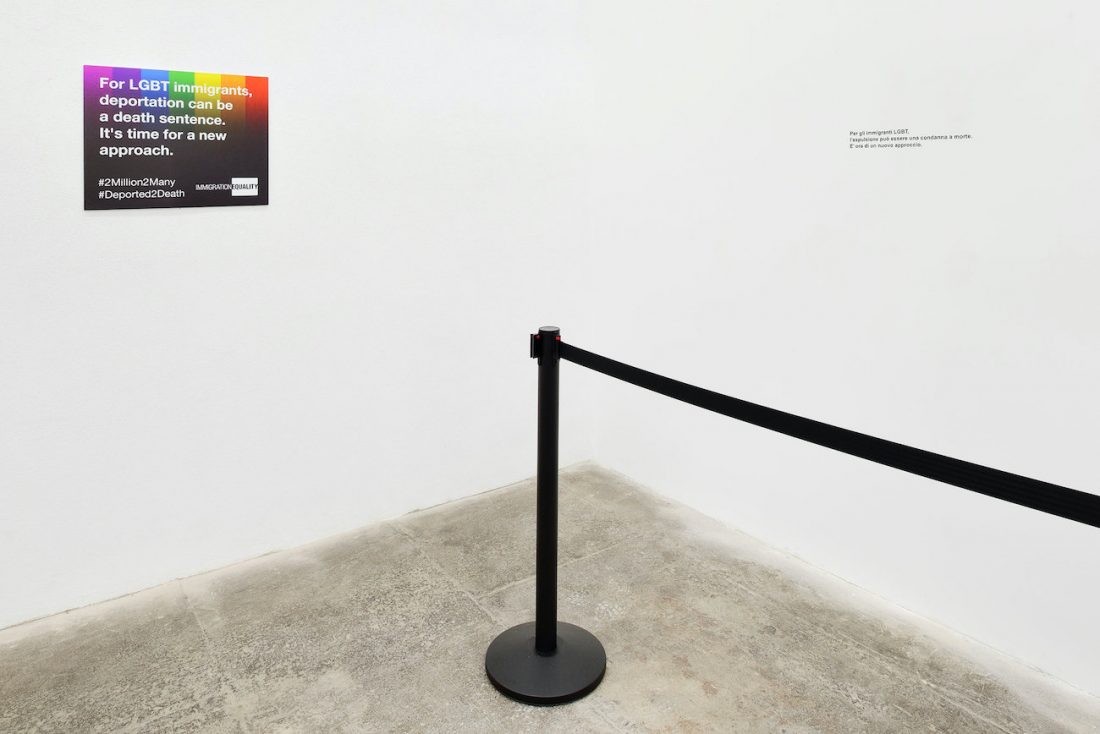 Barriers (Stanchions) 2017 “…humans only accept being stuffed into a tiny box with stale air and strangers and sometimes violent shaking because they’ve been trained to do so by brutal corporations…” “A labyrinth can be an infinite number of things (a weapon, the mind, a confusing novel that